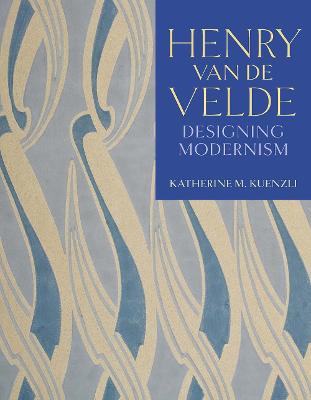 Palielināt
Citas grāmatas par šo tēmu:
Permanent link: https://www.kriso.lv/db/9780300226669.html
Keywords:
The painter, designer, and architect Henry van de Velde (1863–1957) played a crucial role in expanding modernist aesthetics beyond Paris and beyond painting. Opposing growing nationalism around 1900, he sought to make painting the basis of an aesthetic that transcended boundaries between the arts and between nations through his work in Belgium, France, Germany, and the Netherlands.

Van de Velde’s designs for homes, museums, and theaters received international recognition. The artist, often associated with the Art Nouveau and Jugendstil, developed a style of abstraction that he taught in his School of Applied Arts in Weimar, the immediate precursor of and model for the Bauhaus. As a leading member of the German Werkbund, he helped shaped the fields of modern architecture and design. This long-awaited book, the first major work on van de Velde in English, firmly positions him as one of the twentieth century’s most influential artists and an essential voice within the modern movement.
Show moreShow less