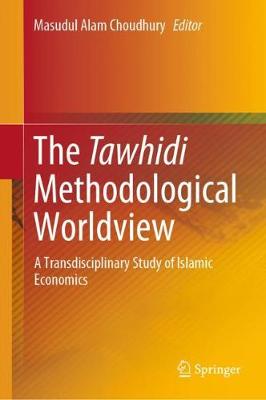 This book develops and applies the methodology of Tawhid (“monotheism”) as law and the Sunnah (the teachings of Prophet Muhammad) in the Qur’an in establishing a transdisciplinary foundation for the study of Islamic economics, finance, society, and science. It employs the Tawhidi String Relation (TSR), a new theoretical framework in contemporary Islamic sciences, in the methodological formalisation and application of the Tawhidi worldview - as the primal ontological law of monotheism. It employs a deeply Qur’anic exegesis, and a mathematical, philosophical, and socio-scientific mode of inquiry in deriving, developing, and empirically applying the Qur’anic methodology of “unity of knowledge”. It is the first book of its kind in rigorously studying the true foundation of the Qur’anic concept of ‘everything’ - as the world-system extending between the heavens and Earth. The qur’anic terminology of the precept of this “world-system” in its most comprehensive perspective is A’lameen, the terminology in the Qur’an that accounts for the generality and details of the world-systems that are governed by the method of evaluation of the objective criterion of wellbeing. Wellbeing objective criterion is evaluated subject to inter-causal relations between systemic entities, variables, and functions. The cardinal principle of Tawhid in its relationship with the world-system conveys the corporeal meaning of monotheism in its cognitive implication of abstraction and application. Such a study has not been undertaken in existing Islamic socio-scientific literature in analysing Islamic economics, finance, science, and society collectively, using Tawhidi law as a theoretical framework. This book will be relevant to all such scholars who are interested in studying the monotheistic law and the Islamic principles, particularly Tawhid, Shari’ah, and Islamic philosophical thought.

Show moreShow less
Professor Masudul Alam Choudhury is one of a handful of academic scholars in the field of Islamic studies with a focus on Islamic economics and finance. His work has been highly recognised in both Western and Muslim academic circles. Professor Choudhury obtained his Ph.D. in the field of Human Capital Theory and Economic Growth from the University of Toronto. He is the first academic in his field to address the original methodology of Tawhid as ontological law in the development of a Theory of Meta-Science. Professor Choudhury is the International Chair in the Postgraduate Program in Islamic Economics and Finance at Trisakti University in Jakarta, Indonesia. He teaches and supervises doctoral students, and researches and publishes in the areas of Islamic socio-scientific methodology, shari'ah and economics, and policy-theoretic applications using these foundational areas of Islamic studies. He is a regular Summer Visiting Professor in the Social Economy Center of the Ontario Institute for Studies in Education, University of Toronto. Contributions by:Dr. Ari Pratiwi, Postgraduate Program in Islamic Economics and Finance, Faculty of Economics, Trisakti University and Graduate Program of Human Resource Development, Paramadina University, Jakarta, Indonesia. Dr. Lily Rahmawati Harahap, Faculty of Economics, IBA University Palembang, South Sumetera, Indonesia. Professor Dr. Mohammad Shahadat Hossain, Department of Computer Science, Chittagong University, Bangladesh. Professor Dr. Saeed Al-Muharrami, Department of Economics and Finance, College of Economics and Political Science, Sultan Qaboos University, Muscat, Sultanate of Oman.
Show moreShow less
Ienākt Jauns profils