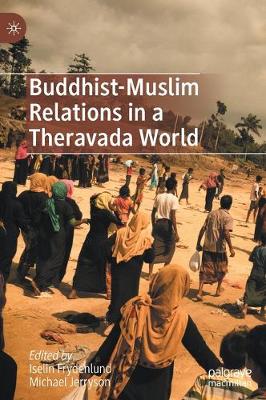 Palielināt
Citas grāmatas par šo tēmu:
Permanent link: https://www.kriso.lv/db/9789813298835.html
This book is the first to critically analyze Buddhist-Muslim relations in Theravada Buddhist majority states in South and Southeast Asia. Asia is home to the largest population of Buddhists and Muslims. In recent years, this interfaith communal living has incurred conflicts, such as the ethnic-religious conflicts in Myanmar, Sri Lanka, and Thailand. Experts from around the world collaborate to provide a comprehensive look into religious pluralism and religious violence. The book is divided into two sections. The first section provides historical background to the three countries with the largest Buddhist-Muslim relations. The second section has chapters that focus on specific encounters between Buddhists and Muslims, which includes anti-Buddhist sentiments in Bangladesh, the role of gender in Muslim-Buddhist relations and the rise of anti-Muslim and anti-Rohingya sentiments in Myanmar. By exploring historical fluctuations over time-paying particular attention to how state-formations condition Muslim-Buddhist entanglements-the book shows the processual and relational aspects of religious identity constructions and Buddhist-Muslim interactions in Theravada Buddhist majority states.
Show moreShow less
1. An Introduction: Buddhist-Muslim relations in a Theravada world.-
2. Historical Threads of Buddhist-Muslim Relations in Sri Lanka.-
3. Buddhist-Muslim Interactions in Burma/Myanmar.-
4. Buddhist-Muslim Dynamics in Siam/Thailand.-
5. Sri Lanka's anti Muslim movement and Muslim responses: how were they gendered?.- 6.The Body at Death: Muslim-Buddhist relations in a southern Thai village.-
7. The Role of Myth in Anti-Muslim Buddhist Nationalism in Myanmar.-
8. Buddhist-Muslim Relationship in Chittagong (Chottogram), Bangladesh.-
9. Buddhists, Muslims and the Construction of Difference.
Iselin Frydenlund is Associate Professor of Religious Studies and Director of MF CASR at MF Norwegian School of Theology, Religion and Society. She is a specialist of religion and conflict in South and Southeast Asia and has published extensively on issues relating to Buddhism, politics, nationalism and violence in the contemporary period. Michael Jerryson is a Distinguished Professor of Religious Studies at Youngstown State University, USA. He is the Director of the James Dale Ethics Center. Jerryson has authored or edited numerous books and articles. His recent monograph is If You Meet the Buddha: Buddhism, Politics, and Violence (2018).
Show moreShow less
Ienākt Jauns profils