Africa and the Backlash Against International Courts [Hardback] 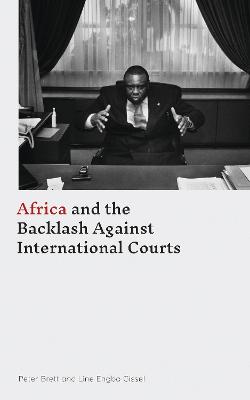 Palielināt
Citas grāmatas par šo tēmu:
Permanent link: https://www.kriso.lv/db/9781786992987.html
At the start of the twenty-first Century the story of Africa’s engagement with international law was one of marked commitment and meaningful contributions. Africa pioneered new areas of law and legal remedies such as international criminal law, universal jurisdiction and gave human rights jurisdiction to a number of new international courts. However, in recent years African states have mobilized politically and collectively against the regional courts and the ICC, contesting these institutions’ authority and legitimacy at national, regional, and international levels. The African Backlash Against International Courts provides the first comprehensive account of this important phenomenon, bringing together original fieldwork, empirical analysis and a critical overview of the diverse scholarship on both international and African regional courts. Moving beyond conventional explanations, Peter Brett and Line Engbo Gissel use this remarkable research to show how the actions of African states should instead be seen as part of a growing desire for a more equal global order, a trend that not only has huge implications for Africa’s international relations, but that could potentially change the entire practice of international law.

Why are contemporary African governments working to undermine the international courts they proactively created and supported in the 1990s and early 2000s?
Show moreShow less

'This erudite and engaging book digs into the complexity of sovereignty to show how backlash against international justice is rooted in broader legitimation strategies African states engage.' Kerstin Bree Carlson, University of Southern Denmark 'The authors explore African states' complex entanglements with a wide range of international and regional courts with theoretical sophistication and superb empirical depth. A must-read for anyone interested in the historical and political undercurrents that determine these modern phenomena.' Phil Clark, School of Oriental and African Studies 'The relationship between African states and international courts has long called for careful, compassionate, and comprehensive reflection. This book offers just that and is bound to be essential reading for those interested in "backlash" and global equality.' Mark Kersten, University of Toronto

Show moreShow less
Introduction
1. Africa and International Law after the Cold War
2. Africa and the International Criminal Court
3. Land in Southern Africa
4. Legality in West Africa
5. Regional Legacies in East Africa Conclusion Notes Bibliography
Peter Brett is a senior lecturer in international politics at Queen Mary, University of London. He teaches the politics of international law and Africa's international relations. His research focuses on the politics of rights and the judiciary, with a particular interest in Southern and West Africa. Line Engbo Gissel is an associate professor at Roskilde University, where she teaches global governance and human rights. Her research focuses on the politics of transitional justice, the role of the International Criminal Court in East Africa and the relationship between peace and justice.
Show moreShow less
Ienākt Jauns profils