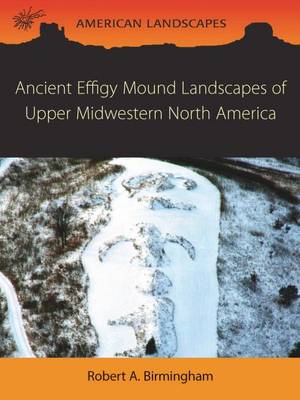 Palielināt
Citas grāmatas par šo tēmu:
Rokasgrāmatas mājas lapa: http://www.oxbowbooks.com
Permanent link: https://www.kriso.lv/db/9781785700873.html
Between c. AD 700 and 1100, Late Woodland people of the Upper Midwest of North America used the topography and other features of the natural landscape to create vast ceremonial landscapes consisting of thousands of earthen mounds sculpted into animals and animal spirits. These mounds, which are often grouped into impressive linear arrangements running along the crest of hills or river bluffs, mirrored their belief and clan-based social structure and served an important role in mortuary ritual. In doing so, the Late Woodland people created visible three dimensional maps of ancient cosmology and social structures that are similar to the beliefs and social systems of more recent Indian people. Bob Birmingham brings together a comprehensive overview of the effigy mound phenomenon of the Upper Midwest centered on southern Wisconsin. He documents the nature of these unique effigy mound landscapes, describing the use of topography and natural features to create ceremonial landscapes, and provides the interpretation that these were considered to be living landscapes in which ancestral animals and supernatural beings were ritually brought back to life at places where the spirits are best evoked, in a continuous cycle of death and rebirth of the earth and its people. The text is highly illustrated with high quality historical and modern maps, photographs, including aerial views and newly available LIDAR imagery.

First comprehensive overview of the effigy mound phenomenon of the Upper Midwest of North America c. 700–1100 CE
Show moreShow less
Preface 1: Introduction 2: The World of the Effigy Mound Builders 3: Decoding the Mounds: Insights into Ancient Ideology 4: Effigy Mound Landscapes 5: Cultural Change: The Rise and Demise of Effigy Mound Building Appendix: Effigy mounds on public lands that can be visited by the public
Robert Birmingham is a senior lecturer in Anthropology at the Univerisy of Wisconsin, and Former State Archaeologist for Wisconsin. His main research interests are in the effigy mound complexes of the midwest and the belief systems of their creators, Mississipian cultures and the ancient city of Aztalan, Wisconsin
Show moreShow less
Ienākt Jauns profils