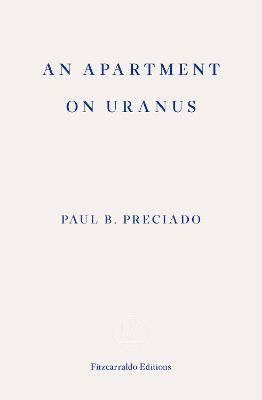 Palielināt
Citas grāmatas par šo tēmu:
Permanent link: https://www.kriso.lv/db/9781913097073.html
Keywords:
Uranus is the coldest planet in the solar system, a frozen giant named after a Greek deity. It is also the inspiration for Uranism, a concept coined by the writer Karl Heinrich Ulrichs in 1864 to define the 'third sex' and the rights of those who 'love differently'. Following in Ulrichs's footsteps, Paul B. Preciado dreams of an apartment on Uranus where he can live, free of the modern power taxonomies of race, gender, class or disability. In this bold and transgressive book, Preciado recounts his transformation from Beatriz into Paul B., and examines other processes of political, cultural and sexual transition, reflecting on socio-political issues including the rise of neo-fascism in Europe, the criminalization of migrants, the harassment of trans children, the technological appropriation of the uterus, and the role artists and museums might play in the writing of a new social contract. A stepchild of Michel Foucault and Judith Butler, Preciado argues, with courage and conviction, for a planetary revolution of all living beings against the norm
Show moreShow less

`Welcome to Paul B. Preciado - you climb into a capsule and you won't come out unscathed, but you'll see, there's no violence. At some point while reading these pages, you'll find yourself upside down and gravity will be nothing but a distant memory. It will occur at a different point for each of you, without you realizing what's happened. You will be elsewhere. And when you emerge from this reading, you'll know that this space exists, and that it's open to you - that it's where you can become something entirely different from what you had been allowed to imagine.' - Virginie Despentes

Show moreShow less
Paul B. Preciado is a writer, philosopher, curator, and one of the leading thinkers in the study of gender and sexual politics. An Honours Graduate and Fulbright Fellow, he earned an MA in Philosophy and Gender Theory at the New School for Social Research in New York where he studied with Agnes Heller and Jacques Derrida. He holds a PhD in Philosophy and Theory of Architecture from Princeton University. His first book, COUNTER-SEXUAL MANIFESTO (Columbia University Press) was acclaimed by French critics as `the red book of queer theory' and became a key reference for European queer and trans activism. He is the author of TESTO JUNKIE. SEX, DRUGS AND BIOPOLITICS (The Feminist Press) and PORNOTOPIA (Zone Books) for which he was awarded the Sade Prize in France. He has been Head of Research of the Museum of Contemporary Art of Barcelona (MACBA) and Director of the Independent Studies Program (PEI) from 2011 to 2014. From 2014 to 2017 he was Curator of Public Programmes of documenta 14 (Kassel/Athens). He is a writer in residency at the LUMA Foundation, Arles, France. Paul B. Preciado lives between Athens, Paris, and Barcelona.
Show moreShow less
Ienākt Jauns profils