Architecture and Fire: A Psychoanalytic Approach to Conservation [Hardback] 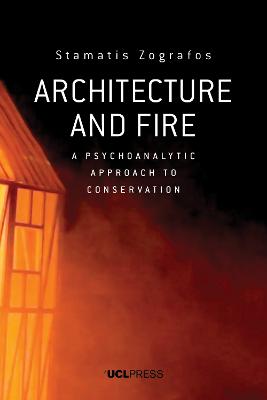 Palielināt
Citas grāmatas par šo tēmu:
Permanent link: https://www.kriso.lv/db/9781787353725.html
Keywords:
Fire is at the center of human civilization. The first primitive hut was built around fire, deeply imprinting it on the collective memory of architecture. As we reassess architectural conservation, we would therefore do well to explore the intimate relationship between architecture and fire.

Founded in inventive interdisciplinary research that ranges across architecture and conservation, archival theory, classical mythology, evolutionary theory, philosophy, and psychoanalysis, Architecture and Fire draws on the insights of psychoanalysis to offer such a reassessment. Among the topics discussed are the ambivalent nature of fire, seen through the conflicting philosophies of Gaston Bachelard and Henri Bergson; the ways in which architecture evolves by absorbing and accommodating fire; and the destruction of buildings by fire as a critical moment of architectural evolution, with a focus on the tragic disaster at London’s Grenfell Tower in 2017. Stamatis Zografos concludes with thoughts on Freud’s drive theory. He argues that the practice of architectural conservation is an expression of the life drive and a simultaneous repression of the death drive, which suggests controlled destruction should be an integral part of the conservation agenda.
Show moreShow less
Show moreShow less
Ienākt Jauns profils