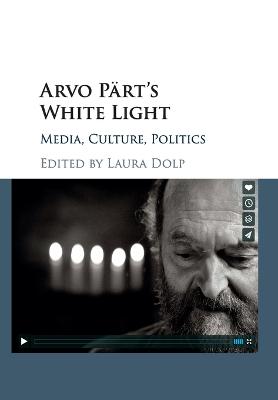 Palielināt
Citas grāmatas par šo tēmu:
Permanent link: https://www.kriso.lv/db/9781316633953.html
Keywords:
One of the most frequently performed contemporary composers, Arvo Part has become a phenomenon whose unusual reach is felt well beyond the concert hall. This ground-breaking collection of essays investigates both the causes and the effects of this success. Beyond the rhetoric of 'holy minimalism' that has accompanied the composer's reception since the mid-1980s, each chapter takes a fresh approach toward understanding how Part's music has occupied social landscapes. The result is a dynamic conversation among filmgoers (who explore issues of empathy and resemblance), concertgoers (commerce and art), listeners (embodiment, healing and the role of technology), activists (legacies of resistance) and performers (performance practice). Collectively, these studies offer a bold and thoughtful engagement with Part as a major cultural figure and reflect on the unprecedented impact of his music.
Show moreShow less

The first substantial volume in English to explore the impact of Arvo Part on contemporary music and culture.
1. Introduction Laura Dolp;
2. Empathy and tintinnabuli music in film Maria Cizmic;
3. Part and the sound of one hand clapping Robert Sholl;
4. Part and the experience of the neutral Sander van Maas;
5. Ethos and the industry of culture Laura Dolp;
6. An ethnography of spirituality Kythe Heller;
7. Politics and protest Michael Palmese;
8. Sonic embodiment C. J. May;
9. Performing Part Andrew Shenton.
Laura Dolp's interdisciplinary research explores the historical agency of music as a site of human transformation, including music and spirituality, the interrelation of music and social spaces, mapping and musical practices, and the poetics of the natural world. She is co-contributor to The Cambridge Companion to Arvo Part (Cambridge, 2012) and Artistic Citizenship: Artistry, Social Responsibility, and Ethical Praxis (2016). Her work also appears in altrelettere, 19th-Century Music, and the Journal of Musicological Research. She holds a Ph.D. from Columbia University, New York.
Show moreShow less
Ienākt Jauns profils