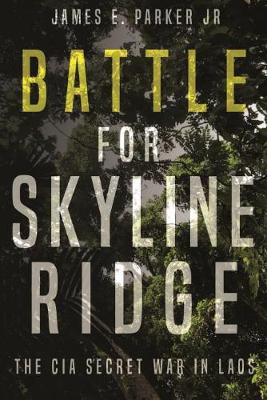 In late 1971, the People's Army of Vietnam launched Campaign "Z" into northern Laos, escalating the war in Laos with the aim of defeating the last Royal Lao Army troops. The NVA troops numbered 27,000 and brought with them 130mm field guns and T-34 tanks, while the North Vietnamese air force launched MiG-21s into Lao air space. General Giap's specific orders to this task force were to kill the CIA army under command of the Hmong war lord Vang Pao and occupy its field headquarters in the Long Tieng valley of northeast Laos.They faced the rag-tag army of Vang Pao, fewer than 6,000 strong and mostly Thai irregulars, recruited by the Thai army to fight for the CIA in Laos. By the time the NVA launched their first attack, 4,000 Tahan Sua Pran had been recruited, armed, trained and rushed in position in Laos to defend against the impending NVA invasion. They reinforced Vang Pao's indigenous army of 1,800 Lao hillstribe guerrillas.Despite the odds being overwhelmingly in the NVA's favor, the battle did not go to plan. It raged for more than 100 days, the longest in the Vietnam War, and it all came down to Skyline Ridge. As at Dien Bien Phu, whoever won Skyline, won Laos.Against all odds, against all WDC expectations, the NVA lost, their 27,000-man invasion force decimated.James Parker served in Laos. Over many years he pieced together his own knowledge with CIA files and North Vietnamese after-action reports in order to tell the full story of the battle of Skyline Ridge.
Show moreShow less

"Parker has created an incredibly powerful account of a little-known chapter in the Vietnam War saga. Expertly written with a touch of the personal to remind readers that the author was a participant in these dramatic events, this is an excellent choice for readers interested in the wider Vietnam conflict, Cold War paramilitary history, and the CIA's role in it all."--Booklist "... A very well-researched and annotated story of the history and development of the American attempt to fight the communist Pathet Lao during the Vietnam War."--The VVA Veteran "A rare look into the first substantive insider account of the largest covert military operations the CIA has ever run, including significant material heretofore classified "CIA Top Secret" - somber, provocative, vivid, and memorable."--Leatherneck Magazine

Show moreShow less
James E. Parker was one of the first American soldiers into Vietnam, and he was the last to leave in 1975. In between he married, graduated UNC and joined the CIA. His first CIA assignment was upcountry Laos where he led Hmong hillstribe guerrillas against two divisions of North Vietnamese soldiers. After para-military work in Laos/Vietnam, Parker went on to serve undercover in the CIA's Directorate of Operations, retiring in 1992. His books included Last Man Out: A Personal Account of the Vietnam War, and Covert Ops: The CIA's Secret War in Laos. James spent years researching the battle of Skyline Ridge and working on this book, he sadly died while it was in production.
Show moreShow less
Ienākt Jauns profils