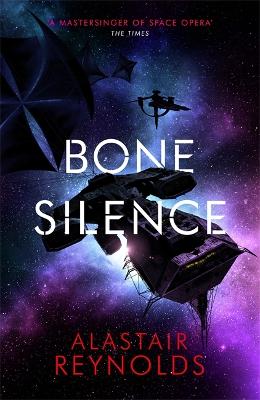 'A swashbuckling thriller - Pirates of the Caribbean meets Firefly - that nevertheless combines the author's trademark hard SF with effective, coming-of-age characterisation' GUARDIAN 'A blindingly clever imagining of our solar system in the far flung future' SUN Return to the Revenger universe, for another thrilling tale set among the stars . . . Quoins are accepted currency throughout the thousands of worlds of the Congregation. Ancient, and of unknown origin and purpose, people have traded with them, fought for them, and stolen quoin hordes from booby-trapped caches at risk to life and limb throughout the Thirteen Occupations. Only now it's becoming clear they have another purpose . . . as do the bankers who've been collecting them. The Occupations themselves are another puzzle. The rise and fall of civilisation may have been unevenly spaced across history, but there is also a pattern. Could something be sparking the Occupations - or ending them? And if so, what could it be, lurking far beyond the outermost worlds of the Congregation? The Ness sisters are being hunted for crimes they didn't commit by a fleet whose crimes are worse than their own. If they're to survive, and stay one step ahead of their pursuers - if they're to answer the questions which have plagued them - it's going to require every dirty, piratical trick in the book . . . 'By far the most enjoyable book Reynolds has ever written' SFX
Show moreShow less

Much of the fun of these books comes from the construction of a far, far-future space-opera... the mapping of Age of Sail tropes onto space travel is just the start... Nevertheless, at the centre of this baroque masquerade party resides a sober consideration of what it might mean to go off adventuring, what it might cost. * LOCUS MAGAZINE * This is a story to break hearts and make you turn pages. It's great stuff; pick it up, you'll want to know what happens next. * SF AND F REVIEWS * Reynolds is easily one of the modern masters of science fiction... addictive, page-turning stuff. * STARBURST * Pirates in space, full of peril and high-jinks... This is a novel that's elegantly plotted, full of surprises and, as first time round, rip-roaring fun. * SFX MAGAZINE *

Show moreShow less
Alastair Reynolds was born in Barry, South Wales, in 1966. He studied at Newcastle and St Andrews Universities and has a Ph.D. in astronomy. He stopped working as an astrophysicist for the European Space Agency to become a full-time writer. REVELATION SPACE and PUSHING ICE were shortlisted for the ARTHUR C. CLARKE AWARD; REVELATION SPACE, ABSOLUTION GAP, DIAMOND DOGS and CENTURY RAIN were shortlisted for the BRITISH SCIENCE FICTION AWARD and CHASM CITY won the BRITISH SCIENCE FICTION AWARD. You can learn more by visiting www.alastairreynolds.com, or by following @AquilaRift on twitter.
Show moreShow less