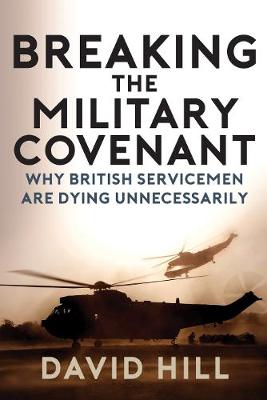 Palielināt
Citas grāmatas par šo tēmu:
Permanent link: https://www.kriso.lv/db/9781445688480.html
Keywords:
This book analyzes the events and contributory factors that led to 70 avoidable deaths in accidents where the blame can be placed squarely on the desks of the MoD and sometimes BAE Systems and others. It demonstrates that mandated regulations were suborned, ministers misled, and investigations lied to.It reveals that junior staff were blamed, despite having identified the failings and tried to correct them. It explains the background to the MoD’s policy of "savings at the expense of safety" that led to the dismantling of its Safety Management System. In 1994, 25 Northern Ireland intelligence experts and 4 crew of Chinook ZD576 were killed in a crash at the Mull of Kintyre. In 2003, Sea Kings XV650 and XV704 collided in the northern Arabian Gulf just two days after the invasion of Iraq, killing six British servicemen and one American. In January 2005 Hercules XV179 was shot down over Iraq, killing 10. The following year, 14 died when Nimrod XV230 exploded during refueling over Kandahar. In every case (and in others included here), investigations were muddied by half-truths and the inevitable defense that in war, bad things happen. Documents were shredded, dead pilots’ reputations were unfairly sullied. David Hill has the technical knowledge—and sometimes, he was right in the middle of the struggle for safety against costs cuts and convenience—to tell this story. As the Haddon-Cave Nimrod Report concluded, "In the days of the RAF chief engineer in the 1990s, you had to be on top of airworthiness. By 2004 you had to be on top of your budget if you wanted to get ahead."

How the MoD has broken the covenant with the military over the past 25 years; an informal agreement that is underpinned by a promise to provide 'adequate safeguards'.
Show moreShow less
David Hill is a retired aeronautical engineer, spending much of his career as an avionics/aircraft programme manager in the MoD. He managed over 130 programmes, including RAF Nimrod Electronic Intelligence during Gulf War 1, and the RN Sea King ASaC Mk7 programme. He provided evidence during the Nimrod XV230 and Hercules XV179 Inquests, the former leading directly to the restructuring of MoD's airworthiness system. He produced a report for the bereaved families of the 1994 Chinook crash. He is the author of 'Their Greatest Disgrace: The Campaign to clear the Chinook ZD576 Pilots'.
Show moreShow less
Ienākt Jauns profils