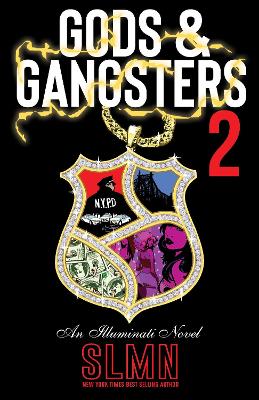 QBC (Queensbridge Crew) have clawed their way out of the streets and on to the charts led by the two top rappers in the game. Borne and Murder. They have turned the rap game into the crack game literally. The Crew meets their match when Egypt enters the picture.

To the world she is the top singer in the industry, but underneath she is a trained killer who will do anything for one thing; Revenge.

She's is also an undercover cop and deadly, a woman no one wants to get tangled up with. When the three of them get together, a love triangle results, blowing the QBC Crew apart while one of their members is snitching to the police.

Who is it? The game has just got deep. No one can be trusted. No one is beyond betrayal and nothing is what is seems.

Solomon is a writing duo made up of two unique talents. In one life he has fought injustice wherever he has seen it, spending several years in developing nations helping those who couldn't for whatever reason help themselves. He worked on projects to bring fresh water to areas without it, to provide sex and health education and secure vital aid in war torn regions. He has served on peace keeping forces, campaigned against the deployment of landmines and in the last decade devoted his life to ecological issues, most notably combating the illegal trade in endangered species. He has witnessed atrocities no man should ever see, and glimpsed the secret inner workings of the world run by the rich and powerful making him enemies of some of the most dangerous men in the world. Never once has he walked away from a fight. In another life Solomon has produced a number of movies and is both a New York Times and USA Today Bestselling Author.