I Love Myself When I Am Laughing... and Then Again When I Am Looking Mean and Impressive: A Zora Neale Hurston Reader [Mīkstie vāki] 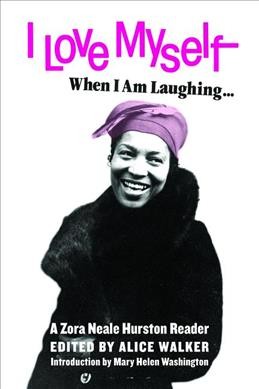 Palielināt
Citas grāmatas par šo tēmu:
Permanent link: https://www.kriso.lv/db/9781936932733.html
Keywords:
"Originally published in 1979, this reissued classic is a collection of Zora Neale Hurston's finest works, edited by Alice Walker. This anthology was the first to collect the works of Hurston, who was one of the most prolific writers of the Harlem Renaissance, and includes fiction, folklore, reportage, and personal essays"--

A collection of essays, fiction, journalism, folklore, and autobiography, preserving the legacy of one of the Harlem Renaissance&;s greatest writers.

"Through Hurston, the soul of the black South gained one of its most articulate interpreters." &;New York Times

During her lifetime, Zora Neale Hurston was praised for her writing but condemned for her independence and audacity. Her work fell into obscurity until the 1970s, when Alice Walker rediscovered Hurston's unmarked grave and anthologized her writing in this groundbreaking collection for the Feminist Press.&#160;

I Love Myself When I Am Laughing... And Then Again When I Am Looking Mean and Impressive&#160;established Hurston as an intellectual leader for future generations of black writers A testament to the power and breadth of Hurston's oeuvre, this edition&;newly reissued for the Feminist Press's fiftieth anniversary&;features a new preface by Walker.