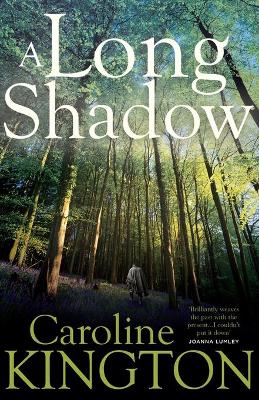 Palielināt
Citas grāmatas par šo tēmu:
Permanent link: https://www.kriso.lv/db/9781785631184.html
When farmer Dan Maddicott is found shot dead in one of his fields, he leaves behind a young family and a farm deep in debt. Although the coroner records accidental death, village rumours suggest he has taken his own life so that the insurance payout can save his family from ruin. Dan's wife, Kate, refuses to believe the gossip and is determined to prove to herself, and her children, that his death was an accident. But could it have been murder? Kate discovers a set of old diaries containing secrets that may reveal how Dan really died. Set against the backdrop of the farming crisis of the turn of the 21st century, Caroline Kington's absorbing family drama also tells the secret history of another resident of the farm, decades before, whose tragic tale will come to have major repercussions in the present day.
Show moreShow less

`A courageous book in many ways...compelling and at times heartbreaking, this is a gripping and suspenseful read, delivering a satisfying ending. I couldn't put it down' - The Lady, `A compelling novel about love, trust and courage. If you love a good romance and a family tragedy, this book is for you' - In de Boekenkast, `An engrossing family history with a very satisfying conclusion. Highly recommended' - Books and Winegums, `A Long Shadow is an emotionally intense, moving story of love, obsession, secrets and lies... Convincing... engrossing... this gripping novel perfectly captures the sights and smells of rural life' - Chez Maximka, `A compelling and emotional family drama...heart-breaking at times' - Over the Rainbow

"A Long Shadow brilliantly weaves the past with the present, unravelling secrets and tragedies, drawing us ever closer to the heart of a story of love lost and found. I read it straight through, cover to cover: I couldn't put it down" Joanna Lumley, `Compelling...beautifully drawn characters set against harsh historical realities...this is such an absorbing story of bereavement with a central mystery and a thrilling finale...' Bel Mooney
CAROLINE KINGTON spent most of her working life in theatre and television, as a director, producer and fringe company founder. Since the death of her husband Miles Kington, the columnist and broadcaster, she has posthumously published three of his books, including Le Bumper Book of Franglais. In her own right, she is the author of the Summerstoke trilogy of rural comedies.
Show moreShow less
Ienākt Jauns profils