Moon: A History for the Future [Hardback] 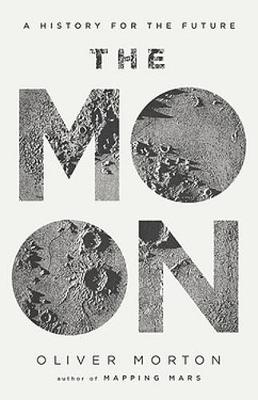 Palielināt
Citas grāmatas par šo tēmu:
Permanent link: https://www.kriso.lv/db/9781541774322.html
Keywords:
Explores different perceptions of the relationship between the Earth and the Moon, including what early astronomers thought, the Cold War space race, and the potential future use of the Moon as a stepping stone to more space exploration.

An intimate portrait of the Earth's closest neighbor--the Moon--that explores the history and future of humankind's relationship with it
Every generation has looked towards the heavens and wondered at the beauty of the Moon. Fifty years ago, a few Americans became the first to do the reverse--and shared with Earth-bound audiences the view of their own planet hanging in the sky instead.
Recently, the connection has been discovered to be even closer: a fragment of the Earth's surface was found embedded in a rock brought back from the Moon. And astronauts are preparing to return to the surface of the Moon after a half-century hiatus--this time to the dark side.
Oliver Morton explores how the ways we have looked at the Moon have shaped our perceptions of the Earth: from the controversies of early astronomers such as van Eyck and Galileo, to the Cold War space race, to the potential use of the Moon as a stepping stone for further space exploration.
Advanced technologies, new ambitions, and old dreams mean that men, women, and robots now seem certain to return to the Moon. For some, it is a future on which humankind has turned its back for too long. For others, an adventure yet to begin.
Show moreShow less

"A stunning, beautifully-written account of not just the Apollo mission, but of the entire history of our relationship with the Moon."--Polygon "Morton's science writing is compelling and clear. Sections on the formation of the moon and the history of lunar science are engrossing... [ Morton] has a gift for synthesizing science, technology and culture."--Eli Kintisch, Washington Post "Elegant.. His prose is well-honed, if occasionally breathless, and adds a lyrical dimension to chapters on lunar properties and phenomena."--Alan Hirshfeld, Wall Street Journal "It's unlikely, though, that any of this new crop of books will be as wide-ranging, and as entertaining, as The Moon by Oliver Morton, a staff writer at The Economist. The book is a collection of essays that examines all those aspects of the Moon, and more, and does so in a way that will be thought-provoking even for those familiar with those topics."--The Space Review "Brilliant and compelling. Morton is a high-octane British science journalist, and every chapter is littered with material that strikes, amazes or haunts... It should be clear that this is an unusually thoughtful and well-written science book...This is a book filled not just with a lifetime's knowledge of its subject but with a lifetime's suppressed excitement." --Sunday Times (UK) "This is a book to bend your mind with the mysteries of the swirl-like markings on the lunar surface or the cadence of impacts that have bombarded the inner Solar System...[ Morton] has written what is surely the most eloquent exploration of our modern understanding of the Moon."--Alexandra Witze, Nature "Of the books in this overwhelming flood, one stands out for the understated elegance of its prose and the profoundly wide-angle view it offers of its subject: Oliver Morton's The Moon: A History of the Future. Only one of the book's eight chapters is explicitly devoted to the Apollo missions, but the tome, in its entirety, places humanity's lunar forays into new, thought-provoking contexts guaranteed to surprise and delight even the most knowledgeable space buff."--Scientific American "One day, perhaps very soon or long in the future, humankind will return to the Moon. Oliver Morton's account of our sublime and scientific relationship with the Moon, from how it defines our night sky and our sense of time and the seasons, to our scientific fascination with the mysteries it holds, to how our striving to reach it has come to define the pinnacle of technological achievement, testifies to the timeless attraction of our celestial companion. In the light of this Moon, Morton finds reflections of our lives on this planet, and the forces at work throughout the history of the Earth that have made it a habitable home for us, even as we now search for life in this solar system and the many others beyond ours recently discovered. Morton's is a study not only of the Moon, but of its significance in human history, how we have come to understand our own planet and our place in the cosmos, and what we might do next in exploration."--Ellen Stofan, John and Adrienne Mars Director, Smithsonian National Air and Space Museum "Cool, melancholy... [ Morton's] flights of fancy include a geological formation story for the moon that Lars von Trier's film Melancholia cannot rival for spectacle and sentiment...His moon is a place defined by absences, gaps and silence. He toys with thoughts of future settlement; he explores the commercial possibilities."--Simon Inge, The Telegraph "An engaging, multifaceted view of the moon... an account that is not only rich in facts, but leavened with fiction, for the author seems to have read widely in the literature of science fiction to show the interest, ideas, and fantasies people have had about our nearest companion in the solar system... Accessible, informative, and entertaining-first-rate popular science reporting."--Kirkus (starred review) "A hymn to the Moon. I can't think of a wiser, more eloquent or better-informed companion for a journey around our natural satellite than Oliver Morton, whose poetic prose displays a breadth of knowledge not often found in science writing."--Roger Highfield, director of external affairs, the Science Museum Group Our Moon, a spherical bit of unchanging inanimate rock, nonetheless captivates us with its romance and its beauty. Its tantalizing almost deceptive proximity makes it also a destination, both a past one and a promising one for the future. In this poetically written and informative book, Oliver Morton takes us through all aspects of this very familiar but very foreign territory, which has inspired stories and study for decades. What a remarkable achievement and one well worth exploring.--Lisa Randall, Frank B. Baird Professor of Science, Harvard University "Beautifully written: evocative, witty, and truly informative. I thought I knew a lot about the Moon but I nonetheless learned all sorts of fascinating new things, and thoroughly enjoyed myself doing so. Combining science and science fiction is not easy and Oliver Morton manages it seamlessly and brilliantly! Superb."--Adam Roberts, author of The Palgrave History of Science Fiction and The Thing Itself "A multidisciplinary triumph, combining a deep understanding of science fiction and myth with accurate, up-to-date lunar science and space technology."--David Morrison, founding director, NASA Lunar Science Institute "The Moon is such a fascinating object in human history. From its dominance in our neighboring sphere, to its romantic impetus, to its symbol of national stature, to its position as a mere stepping stone to greater exploits, the Moon has been omnipresent in the human sky. And no book about the Moon that I've ever read captures the multifaceted nature of the Moon as does Oliver Morton's The Moon. As impressive as the subject matter he deals with is the quality of Oliver Morton's writing. Whether describing the clockwork of the lunar cycle or the history of the Moon's influence in human affairs, Morton's writing is clear, incredibly informative, and flows like poetry. A truly delightful and informative read."--Rusty Schweickart, lunar module pilot, Apollo IX

Show moreShow less
Oliver Morton has written about space for decades in publications ranging for the Economist to Nature to Prospect to the New Yorker. Asteroid 10716 olivermorton is named after him.
Show moreShow less
Ienākt Jauns profils