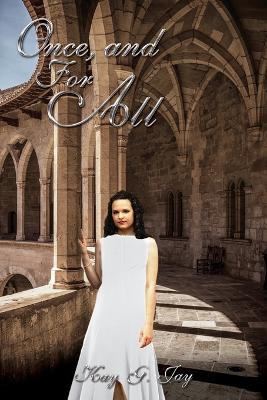 Kenann MacKenzie and her husband, Danny Mac, Marine and ex-CIA turned preacher, have barely settled in from their last adventure when Kenann falls under attack again. This time from dark, unseen forces that targeted her as a child. She cannot believe her mother offered her up to demons in a jungle ceremony. This bitter betrayal destroys any memory she had of her late parents. But she has her new family. Danny Mac continues to use his brain, brawn and his faith to save his lady love from those who appear bent on destroying her. The Merry Band of Misfits have been by her side through two harrowing adventures. They were brought together by fate but are bonded forever by friendship, faith, love and laugher.

Their youngest member is Blade. He is the only middle schooler who has the private number of John Carter, CIA section chief. Carter was given all the credit for their last successful mission, but he knows the truth. He was only along for the ride with that crazy crew. Even though he would rather die than admit it, he misses them. He was desperate to be accepted by them and devised the perfect plan to put them all together again. Mrs. Gage isn’t the only one with tricks up her sleeve. He engages the help of William and Kate, Duke and Duchess of Cambridge to join the Merry Band of Misfits.

Carter engages an award-winning playwright to create the play and the platform that allows them to enter the social settings of international power brokers. The Merry Band of Misfits are fighting under the guise of actors and getting rave reviews across Europe. Who knew they could act and fight the bad guys! They are tasked with finding the money behind the terrorist cells. By getting the accolades and backing of the duke and duchess, not to mention all the connections at Mrs. Gage’s disposal, they find themselves rubbing elbows with some of the most powerful people in the world. Kenann, once again, has to fight women who desire Danny Mac and it is getting old! Their adventure takes them to DC, London, Venice and Budapest. From beginning to end, it is a rollicking good time.

Kenann and Danny Mac, barely settled from their last adventure, fall under attack again from dark, unseen forces. Danny Mac continues to use his brain, brawn and faith to save his lady love from those bent on destroying her. And her Merry Band of Misfits are poised to spring into action again.
Show moreShow less
Kendra G. Johnson, writing as Kay G. Jay, lives and works in the hills of West Virginia as a licensed mental health therapist. Her love of travel, romance and all things mysterious, fuels her writing. Her love of the Lord Jesus Christ fuels her life. She is married to her true-love, her own hard-boiled Marine, and has an ever-growing blended family. She has collected friends along the way who have become her very own Merry Band of Misfits and would gladly fly to parts unknown to rescue her.
Show moreShow less
Ienākt Jauns profils