Passion for Excellence: The History of Aviation Education at Purdue University [Hardback] 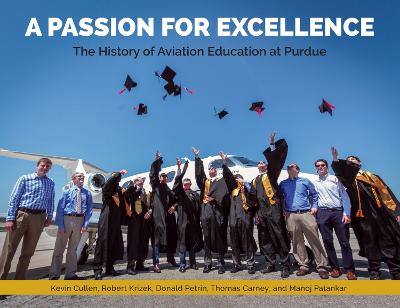 From the beginning of powered flight, Purdue University and its students, alumni, and faculty have been deeply involved as visionaries, designers, educators, and practitioners. A significant part of this long and rich heritage of aviation involvement and leadership is the pursuit of excellence in aviation education at Purdue, which began in the early 1900s, became more focused during World War II with the arrival of Grove Webster, and “took flight” in earnest with the hiring of James Maris in 1955. This book tells the story of the students, teachers, administrators, and alumni of the Department of Aviation Technology, now the School of Aviation and Transportation Technology, each of whom has added their own pursuit of excellence in aviation, which has made the collective passion for excellence in aviation education at Purdue internationally-recognized and respected. The story is told in narratives from the historical record, interviews with graduates and current students, and pictures, with the goal of weaving for the reader a sense of the rich tapestry of aviation excellence at Purdue.