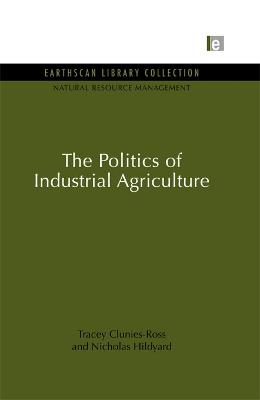 In the last forty years, agriculture in the industrialised countries has undergone a revolution. That has dramatically increased yields, but it has also led to extensive rural depopulation; widespread degradation of the environment; contamination of food with agrochemicals and bacteria; more routine maltreatment of farm animals; and the undermining of Third World economies and livelihoods through unfair trading systems. Confronted by mounting evidence of environmental harm and social impacts, mainstream agronomistis and policy-makers have debatedly recognized the need for change.

'Sustainable agricultutre' has become the buzz phrase. But that can mean different things to different people. We have to ask: sustainable agriculture for whom? Whose interests are benefiting? And whose are suffering? At issue is the question of power – of who controls the land and what it produces. Most of the changes currently under discussion will actually strengthen the status quo and the underlying causes of the damage. The result will be greater intensification of farming, environmental destruction and inequality. There are no simple off-the-shelf alternatives to industrial agriculture. There are, however, groups throughout the world, who have contributed to this report and who are working together on a new approach. An agriculture that, in Wendell Berry's words, 'depletes neither soil nor people'. Originally published in 1992