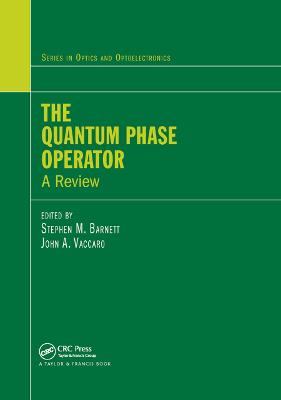 Palielināt
Citas grāmatas par šo tēmu:
Permanent link: https://www.kriso.lv/db/9780367389147.html
Describing the phase of an electromagnetic field mode or harmonic oscillator has been an obstacle since the early days of modern quantum theory. The quantum phase operator was even more problematic with the invention of the maser and laser in the 1950s and 1960s. This problem was not solved until the Pegg-Barnett formalism was developed in the 1980s. Edited by one of the scientists who created this key solution, The Quantum Phase Operator: A Review charts the development of phase and angle operators from their first appearance to modern theory.

Bringing together vital works that have been published on the subject, the book presents the ideas that led to the current theory of the phase operator and provides a complete picture of the progress that has followed since then. With introductions by the editors to put the papers in context and unify the content of the book, each section focuses on a different aspect of phase operators. The editors also chronologically organize the papers within the sections to highlight how scientific thought has evolved, if at all, over time.