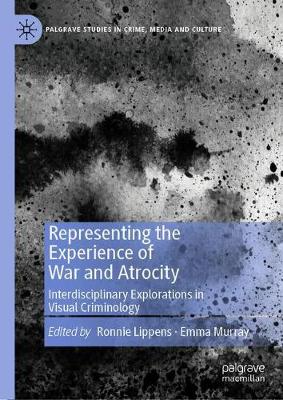 This book explores how the experience of war and related atrocities tend to be visually expressed and how such articulations and representations are circulated and consumed. Each chapter of this volume examines how an image can contribute to a richer understanding of the experience of war and atrocity and thus they contribute to the burgeoning field of the "criminology of war". Topics include the destruction of war in oppositional cultural forms - comparing the Nazi period with the ISIS destruction of Palmyra - and the visual aesthetics of violence deployed by Jihadi terrorism. The contributors are a multi-disciplinary team drawn mainly from criminology but also sociology, international relations, gender studies, English and the visual arts. This book will advance this field in new directions with refreshing, original work.

Show moreShow less
Ronnie Lippens is Professor of Criminology at Keele University. He is author and editor of over 150 academic contributions in a wide variety of venues, including edited book volumes for Palgrave Macmillan, Routledge and Glasshouse Press. His current research interests include 'philosophical criminology', and 'visual criminology', with a focus on art and art history. Emma Murray is Senior Lecturer in Criminal Justice for the School of Law, Liverpool John Moores University. Her work is dedicated to the problem of veterans within the criminal justice system, and more recently what the testimonies of veterans - who have been convicted of an offence post-combat - reveal about war and governance in the 21st century.
Show moreShow less
Ienākt Jauns profils