Rethinking Transitional Justice for the Twenty-First Century: Beyond the End of History [Mīkstie vāki] 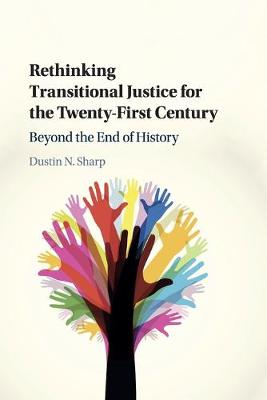 Palielināt
Citas grāmatas par šo tēmu:
Permanent link: https://www.kriso.lv/db/9781108442701.html
Keywords:
Transitional justice is the dominant lens through which the world grapples with legacies of mass atrocity, and yet it has rarely reflected the diversity of peace and justice traditions around the world. Hewing to a largely western and legalist script, truth commissions and war crimes tribunals have become the default means of 'doing justice'. Rethinking Transitional Justice for the Twenty-First Century puts the blind spots and assumptions of transitional justice under the microscope, and asks whether the field might be re-imagined to better suit the diversity and realities of the twenty-first century. At the core of this re-imagining is an examination of the broader field of post-conflict peace building and associated critical theory, from which both caution and inspiration can be drawn. By using this lens, Dustin N. Sharp shows how we might begin to generate a more cosmopolitan and mosaic theory, and imagine more creative and context-sensitive approaches to building peace with justice.
Show moreShow less