Urbanisation and State Formation in the Ancient Sahara and Beyond [Hardback] 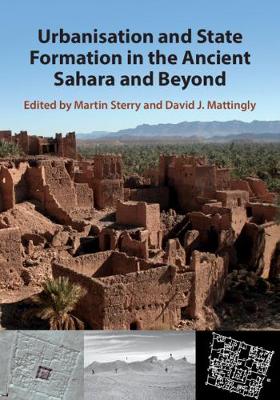 Palielināt
Citas grāmatas par šo tēmu:
Permanent link: https://www.kriso.lv/db/9781108494441.html
Keywords:
The themes of sedentarisation, urbanisation and state formation are fundamental ones in the archaeology of many diverse parts of the world but have been little explored in relation to early societies of the Saharan zone. Moreover, the possibility has rarely been considered that the precocious civilisations bordering this vast desert were interconnected by long-range contacts and knowledge networks. The orthodox opinion of many of the key oasis zones within the Sahara is that they were not created before the early medieval period and the Islamic conquest of Mediterranean North Africa. Major claims of this volume are that the ultimate origins of oasis settlements in many parts of the Sahara were considerably earlier, that by the first millennium AD some of these oasis settlements were of a size and complexity to merit the categorisation 'towns' and that a few exceptional examples were focal centres within proto-states or early state-level societies.
Show moreShow less